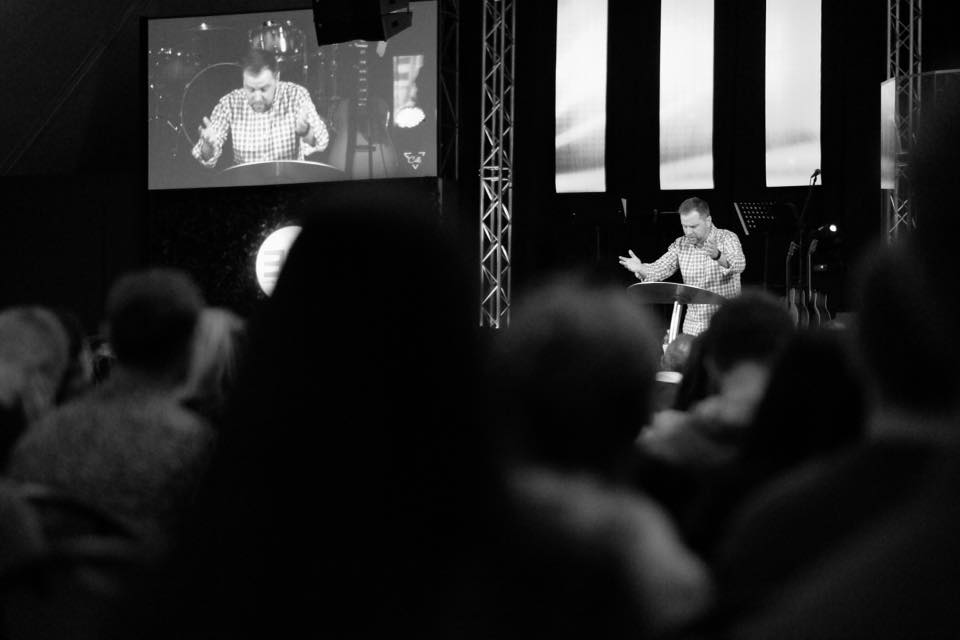 I preached this at the West Congregation of The Austin Stone as part of of our annual vision series. You can find the audio here.

Welcome to week 2 of our Vision series. WE.

Today, we will be talking about The City, our call to love and serve the city of Austin and the obstacles we have to overcome in order to do that.

Austin is kinda bananas cool. We moved here 18 months ago and we have loved it, but it is such an interesting and complex place.

It is undoubtedly a city of tremendous opportunity. Austin is one of the fastest growing cities in the US.

But it is also a place of tremendous struggle and difficulty.

So how are we to love this place? How are we to be people to help to display the love of Christ and the good news of the gospel to a city that increasingly doesn’t want to hear about that? My assumption is that most of us want to be good citizens of the city we live in. We want to be people who contribute to the flourishing and wellbeing of Austin, but we have obstacles to overcome as we try to do that. What are some of the obstacles we are facing?

I get this. What impact can I have here, and how can we make a difference, especially when we are just trying to survive ourselves, right? Life is busy, money is tight, time is stretched, we already feel burdened with responsibility.

I get it. The question to counter it is though … “why are you here?” What brought you here in the first place? While we will all have different answers to that question circumstantially, we actually all have the same answer theologically. God placed us here.

Look quickly with me at Acts 17:26, which is a snippet of sermon preached by Paul in the city of Athens.

26 And he made from one man every nation of mankind to live on all the face of the earth,having determined allotted periods and the boundaries of their dwelling place, 27 that they should seek God, and perhaps feel their way toward him and find him.[2]

God determines the times and places in which people live all over the world. You are here by God’s good providential hand. Here…now…through God’s wisdom. Why would God have you here? Well, as we were reminded of last year when we studied Jonah 4 – God cares deeply for cities and the people who live in them. That is why he arranges the details of the lives of his people, who may not even love the people of the cities they live in, so that his grace and mercy and kindness might be shown to the great cities of the world.

You are here as a gift of grace from God to the city of Austin. Gosh, don’t miss that. That’s too big a call to miss out on. While everyone else jumps on the Austin is a cool place to live, so let me drain her of that she has bandwagon, Christians in this city ought to be saying… God has me here now for something, and he has equipped me somehow for the flourishing of the city of Austin. How can I steward His sovereign kindness in that?

As I said in the intro, this is an increasingly secular city, and you get the distinct feeling that it is starting to shift from the time when it was socially beneficial to be a believer, to it now becoming a social liability for you to be a believer. We feel that less here in the suburbs, but trust me, being a Christian UT student and taking stands for your faith does not get you upward mobility and social acceptance.

The church is being increasingly removed from the center of society and placed on the fringes, and all of us are going to need to consider the costs of that as we choose to “Love God” and “Love the Church.” The good news is that it will make us more and more like the saints of old. But is the answer to just bail from society? Our own schools, suburbs, social groups, welfare? Is that it? I mean some of those things are good, really good, but is Christian ghetto-ism the answer?

Look at what Peter said to the church a couple of thousand years ago.

11 Beloved, I urge you as sojourners and exiles to abstain from the passions of the flesh, which wage war against your soul. 12 Keep your conduct among the Gentiles honorable, so that when they speak against you as evildoers, they may see your good deeds and glorify God on the day of visitation. [3]

Let them hate what you believe but marvel at how you live lives of good deeds. This should be our witness, and every part of it is important.

OUR GOOD DEEDS ARE IMPORTANT!

They give people an opportunity to see our patterns of life and glorify God as a result!!

This is actually how the church has endured some of its most difficult seasons. Through the plague of Cyprian that ravaged the Roman Empire from 249 to 262 AD. 5000 people were dying a day in Rome alone! Christians stayed and cared for the sick, getting infected themselves. It changed many in societies view of Christianity. They were hated by the cities that they served. Look at how Eusebius recorded it.

“Most of our brethren showed love and loyalty in not sparing themselves while helping one another, tending to the sick with no thought of danger and gladly departing from this life with them after becoming infected with their disease. Many who nursed others to health died themselves. The best of our own brothers lost their lives in this way – some presbyters, deacons, and laymen – a form of death based on strong faith and piety that seems in every way equal to martyrdom. They would also take up the bodies of the saints, close their eyes, shut their mouths, and carry them on their shoulders. They would embrace them, wash and dress them in burial clothes, and soon receive the same services themselves.”

John Piper tells the story of The Roman Emperor Julian, writing in the fourth century, who regretted the progress of Christianity because it pulled people away from the Roman gods. He said,

“Atheism [I.e. the Christian faith!] has been specially advanced through the loving service rendered to strangers, and through their care for the burial of the dead. It is a scandal that there is not a single Jew who is a beggar, and that the godless Galileans care not only for their own poor but for ours as well; while those who belong to us look in vain for the help that we should render them.”

And this has been a pattern throughout history. When the church has been hated for its beliefs and its insistence on holiness, it has glorified God in its witness of good deeds. When the church is embraced by empire and indistinguishable from the culture around it, well then, the good deeds tend to dry up.

If we are going to love Austin, it is going to be like Peter says by insisting on holiness, holding to our true and unpopular doctrine and doing good works that cannot be denied in the city, so that even if they hate what we believe they are stunned by our mercy.

It can feel overwhelming and we can feel very poorly equipped. I know this and have experienced this. I remember being totally overwhelmed by the crisis of homelessness in Johannesburg and so I just dialed out. I mean, how do you help? What if you make it worse? The answer cannot be do nothing though. I love how practical God was in His instructions to His people in exile. We use this text often, but we mustn’t just assume it and miss its power. Look at Jeremiah 29, written to people living as slaves and foreigners in one of the cruelest cities in the world, ever.

4 “Thus says the Lord of hosts, the God of Israel, to all the exiles whom I have sent into exile from Jerusalem to Babylon: 5 Build houses and live in them; plant gardens and eat their produce. 6 Take wives and have sons and daughters; take wives for your sons, and give your daughters in marriage, that they may bear sons and daughters; multiply there, and do not decrease. 7 But seek the welfare of the city where I have sent you into exile, and pray to the Lord on its behalf, for in its welfare you will find your welfare.”

The instruction here is amazing considering the position of vulnerability that the exiles were in. These were their enemies who weren’t treating them well, and God calls them to seek their welfare…their shalom. But how? By doing extraordinarily ordinary things. Build houses, plant gardens, have families. Do your life, but do it for the flourishing of the people around you and not just for you. Expand your horizons. Seek shalom, for you and for your pagan neighbor. Extend the blessing of the Kingdom.

When it comes to seeking the welfare of the city, here is the advice I always give to people who are just looking to start.

Here is the great news…you are placed in a phenomenal church for you to be able to take some steps.

Go on the app. Click on “current series”; then “Love the City”; then “West”. All those opportunities will be there, plus a search function that can literally connect you with any issue in any part of the city with any level of availability. It is insanely cool.

So here is how I want to end it. Before we sing and head out, let’s take a couple of minutes to just let the Lord speak to us and for us to lay ourselves at His feet, making ourselves available for Him to direct us.

Take a minute to process the following questions, either on your own, or if you are sitting in family units this would be really helpful to talk through.